It has been a long time since I have felt myself breaking, splintering into more pieces than I knew were possible. It is not just here it is my home that I want to be away from. I said that would never happen again. Unfortunately I let someone in there that broke me further and despite repeated attempts to distance him from me without involving law enforcement have proved futile. He just doesn’t understand that what he is doing is hurting me or at least I hope he doesn’t understand.

If he does it just means he is a selfish leech who only wants to continue to live off of me like he has since I broke up with him several years ago. It is partially my fault because I felt bad for him and didn’t want him to be homeless but all I want now is to have him gone and my house back.

I never thought being nice could hurt me so bad for so long. It is very true no good deed goes unpunished and even though I have begged him to leave and stop leeching off of me it is going to take law enforcement to get him out.

How did I get myself into a situation where I want to run from my own home?

He knows it hurts, he knows what his refusal to leave does to me, how it breaks me a little bit further and still he chooses to torture me instead of simply leaving. 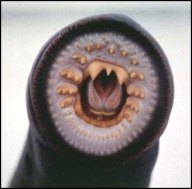 Trapped, mired, jammed, wedged, these words don’t mean quite the same thing as the far more pleasurable restrained or caught.

Today is one of those days that I look at the shining bars of my self made prison. They are not like the bars of a jail or even a cage. Their black metal gleams in the sunlight as they twist upwards jagged thorns gliding out from their stems. They look like the long stalks of rose bushes or the blackberry bushes that used to scratch me before giving up their sweet fruit as a child.

Looking through the breaks in the bars I see an endless expanse of black sand that sparkles in the sun as if the schizophrenic architects have torn the buildings down in their fury. They caught me out of my hole, out of my box, and I woke up naked and alone in this burning cage. I can see the blue rolling sky above if it weren’t for the crystal black sand it would be too bright to see. Like the white on white of a the first days after it snows in the winter time. I can only see because the sand is black and the sky is rolling and not clear blue. It moves with a rhythm and pattern that my tiny brain cannot comprehend. I would ask its architects but I don’t know if they would answer me. Nor do I see them often.  Usually they flitter about faster than I can see and only clue they’ve been there is the strange buildings they leave behind.

I turn slowly in my prison. Looking for what previously once was only to realize there is only one thing left. In the distance I see the gnarled black cross laying on its side making an X its twisted corners reaching towards the sky. It is too far to see if the man who once hung from it is still there but from the gleaming red drips from its spikes I suspect he still is. I have not seen him in a long time, not since the architects began building their city, the city I so recently escaped to.

You were alive once. I am not sure now. I remember your touch like fire on my body and your too warm hands against my hips as you pulled me down onto you and you slide into me. I vividly remembering the burning heat between us almost too much for me to stand. That was before they pulled you away. Leaving me to watch you suffer on that black X. Hanging from it, its thorns piercing through your strong arms and thighs. Slipping them through the thickest most painful muscle echoes of your screams still haunt me. That wretched wailing that can only be made when someone is dying slowly. It has been a long time since those screams died away blended with my own.

I stare out of the dark bonds of my prison letting fear wash over me, letting it bloom out from my heart as it writhes and thrashes desperate to get out. I can feel it rub its icy fingers along my rib cage probing each one of them searching none too gently for the smallest chink in my armor. If it finds the slightest flaw it will rip through my body with claws that that radiate cold. All this while it does not loosen its grip on my heart. It is too intertwined into each chamber to consider letting it go, trying to remove it on my own. As my heart beats it contracts around the sharp slick claws tearing into the muscle and embedding itself further. It gradually turns my blood to ice. The cold slowly sneaks through the vessels and arteries until it reach my brain. If it can’t get out it wants in very badly. Wants to paralyze me further. Tonight it might succeed I can already feel myself wanting to give in, wanting things to go numb, wanting things to go black.

I look back again at the barren landscape staring at the giant x that he is pinned to and once again wonder if he still lives. Life and death doesn’t work the same here. The rules of gravity, physics, life, and death are not obeyed here. I watch quietly listening to the voices and pray for them to quiet. Unfortunately as I watch that huge black cross I see the sand shift and begin to move. The cold is increasing and so is the desire to give in as the x  slowly disappears behind their building. I shiver listening to the architects whisper to me and try not to pay attention to them, I try not to believe their promises. All I can do is think to myself is how nice it would be just to give into them.